*The information was submitted by our reader Averill Debarros. If you have a new more reliable information about net worth, earnings, please, fill out the form below. 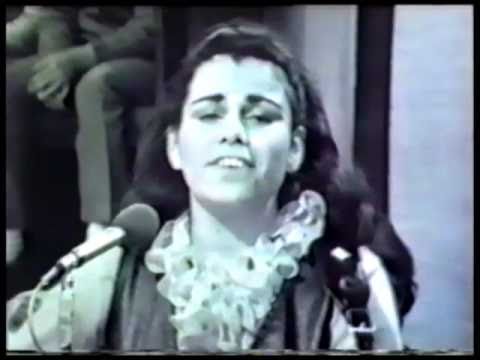 Auriel Andrew (born 1947 Darwin, Northern Territory) is an Indigenous Australian country musician of the Arrernte people of Central Australia. BiographyAuriel comes from the Arrernte people in Alice Springs. Her skin name is Mbitjana and her totem is the hairy Caterpillar. The youngest of seven children, she started singing at the age of four, and began her professional career in the late 1960s working with Chad Morgan in the Adelaide and Port Lincoln areas, and appeared on live TV music broadcasts, including shows hosted by Roger Cardwell, Johnny Mack & Ernie Sigley, and then becoming a regular on Channel Nine’s Heather McKean & Reg Lindsey Show. In 1973 she moved to Sydney, and toured with Jimmy Little, performing at popular clubs and pubs around NSW.She performed at the Sydney Opera House for the venue’s grand opening, and sang ‘Amazing Grace’ in Pitjantjitjara for Pope John Paul II during his Australian tour. At the 2008 Deadlys, Auriel was presented a Lifetime Achievement Award for Contribution to Aboriginal & Torres Strait Islander Music. Auriel’s well known recordings include the country classic ‘Truck Drivin’ Woman’ and Bob Randell’s ‘Brown Skin Baby’. Recently she performed at The Adelaide Cabaret Festival, Woodford Dreaming Festival, and is regularly performing at various clubs around the Newcastle Area. In 2011 she was awarded The Order Of Australia Medal (OAM) for her work as an entertainer and contribution to her communities through charity events.Her new album &quot, Return To Alice&quot, , produced by Gareth Hudson, will be available in 2013 and will include new original songs about her life and childhood. Awards:Order of Australia Medal, 2011. For contribution to the arts, music and education.The Deadlys, 2008. “Jimmy Little Lifetime Achievement Award” for Contribution to Aboriginal & Torres Strait Islander Music. Northern Territory Indigenous Music Awards, 2005. Inducted into the hall of fame.Australian County Music Awards. Tamworth Hands Of Fame, 1991.Andrew grew up in Alice Springs, Northern Territory, leaving for Adelaide, South Australia aged 21 to pursue her music career.She appeared in the SBS documentary &quot, Buried Country: The Story of Aboriginal Country Music&quot, (2000) about Aboriginal country music. (associated with the book by Clinton Walker), singing &quot, Truck Driving Woman&quot, , and in the 1970s was a regular guest on the Johnny Mac Show, Channel Nine&#39, s Reg Lindsay&#39, s &quot, Country and Western Hour&quot, and the Ernie Sigley Show.She appeared in 2007 in the show Sorry Seems To Be The Hardest Word written and performed by English artist Christopher Green in the guise of Tina C. at the Adelaide Cabaret Festival.She has taught Aboriginal culture in classrooms for 20 years, passing on her knowledge in schools in Queensland, the Northern Territory and NSW.