*The information was submitted by our reader Pren. If you have a new more reliable information about net worth, earnings, please, fill out the form below. 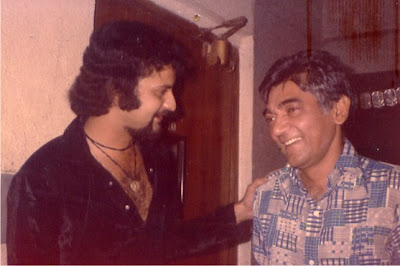 Gulshan Kumar Mehta, popularly known by his pen name Gulshan Bawra (literally: Gulshan the madman) (12 April 1937 – 7 August 2009) was an Indian songwriter and actor in Hindi cinema. In a career spanning 42 years, he has to his credit about 240 songs, he collaborated with noted music directors like Kalyanji Anandji, Shankar Jaikishan, and R D Burman composed almost half of songs in films like Khel Khel Mein (1975), Kasme Vaade (1976) and Satte Pe Satta (1982). Apart from R.D. Burman hits, he is most remembered for his songs like, Mere Desh Ki Dharti in Upkaar (1968), and Yaari Hai Imaan Mera, Zanjeer (1974), both of which got him the Filmfare Best Lyricist Award. The latter also top the Binaca Geetmala annual list of 1973. As a character actor, he also appeared in a small number of Hindi films.