*The information was submitted by our reader Lenard. If you have a new more reliable information about net worth, earnings, please, fill out the form below. 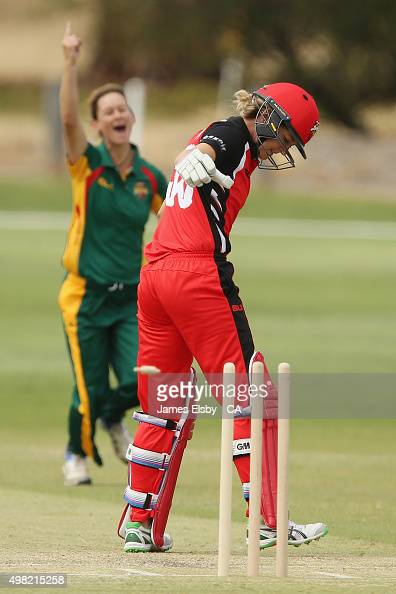 Julie Lauren Hunter (born 15 March 1984) is a female cricketer who plays for Victoria and Australia. She is a right-handed pace bowler who also bats right-handed batsman.After playing for the Australian Under-19 team in 2002–03, Hunter made her senior debut for Victoria in the Womens National Cricket League (WNCL) the following season. She was not trusted with much responsibility in her first season, and bowled less than 60% of the maximum possible quota of overs, and was dropped mid-way through the finals series against New South Wales, which was lost. After touring Sri Lanka with the Australian Under-23 team in September 2004, Hunter played in Victorias triumphant 2004–05 WNCL team. After being attacked in the first final against New South Wales, she was dropped, but returned for the third match and scored 15 and took 2/13 to help seal the WNCL title. Hunter ended the season with nine wickets at 25.44.Starting in 2005–06 Hunter struggled for four seasons, taking 8, 7, 6 and 8 wickets respectively, with her annual average and economy rate rising from 31.00 and 3.70 to 39.75 and 4.33 respectively. In 2009–10, Hunter had her most productive WNCL season, taking 14 wickets at 25.57 as well as 12 wickets at 7.58 in the Twenty20 competition.She was rewarded by national selection for the first time for the Rose Bowl series against New Zealand. She made her ODI debut in the fifth match at the Junction Oval and took her career best figures of 3/40 in her third match on the New Zealand leg of the tour in Invercargill. Hunter has taken seven wickets from four ODIs. In the Twenty20 internationals, she took two wickets in two matches.