*The information was submitted by our reader Hasty Snodgrass. If you have a new more reliable information about net worth, earnings, please, fill out the form below. 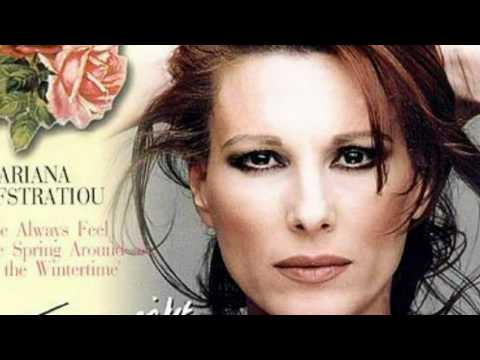 Marianna Efstratiou (Greek: ???????? ??????????) (born 17 April 1962 in Athens) is a Greek singer, connected on several occasions with the Eurovision Song Contest. In 1987, she appeared as a backing singer for the duo Bang. Efstratiou won the Greek national song contest in 1989, overcoming Greek superstar Anna Vissi, and represented Greece in Lausanne with To Diko Sou Asteri. The song was placed ninth. In 1996, ERT selected her to represent Greece again, this time with the song Emis forame to himona anixiatika, but the song could only manage 14th place in Oslo. Efstratiou sang a number of songs in the semi-finals of the Greek national contest in 1998, none of which won. She has worked with Mimmis Plessas and she also starred on stage on several occasions. She has published two records and a promo cd single. On her debut album theres her cover of Twist in My Sobriety, originally sung by Tanita Tikaram. She has also participated in the theatrical play Pornography by Manos Hatzidakis. Currently, she is the lead singer of the jazz ensemble Nova Mood.