*The information was submitted by our reader Andras Mullen. If you have a new more reliable information about net worth, earnings, please, fill out the form below. 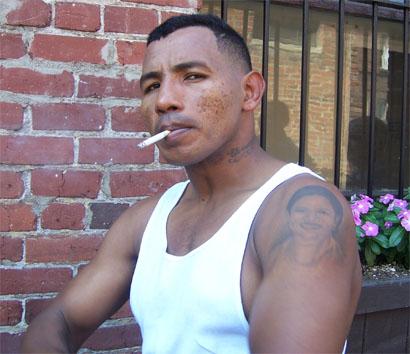 Ricardo Antonio Mayorga Perez El Matador (born October 3, 1973 in Granada, Nicaragua) is a Nicaraguan professional boxer. He is the former WBA/WBC Welterweight champion and the former WBC light middleweight champion. He holds a record of 29-8 with 23 knockouts and 1 draw 1 no contest. He was featured for the first time on the cover of Ring Magazine on the December 2003 issue, released in October. The cover read The craziest man in the sport: Mayorga lights up boxing. He is known for his relentless trash-talking before most of his fights and his smoking and drinking habits outside the ring. He started his career on August 29, 1993 when he lost to Humberto Aranda by a 6th round TKO and after that, he stayed undefeated until he lost again to Roger Benito Flores by UD in the Gimnasio Alexis Arguello in Managua, Nicaragua. He is known for his slow style and to opponents who are not afraid to punch him, he is a very easy target. Ever since he made his debut in 1993, he has captured 3 titles mostly in the Middleweight and Welterweight divisions.